skip to main | skip to sidebar

I hear Disney might complete and release it. I didn't know it existed until this morning.

Posted by Big Jack Nimble at 15:49 No comments:

Things That Are Better Than The Transformers Movies (part 4&5) 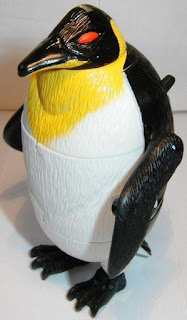 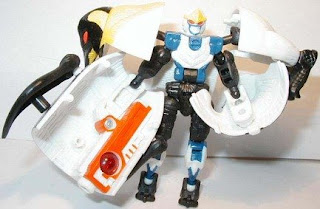 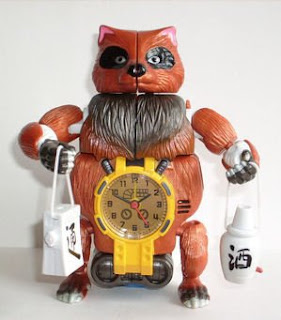 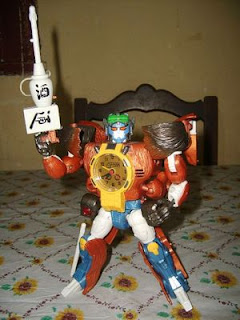 "Heinrad is perhaps the greatest Transformers toy ever made, and let me tell you why. He's like the Doc Brown of the Maximals, containing a working alarm clock in his stomach that, in the fiction, allowed him to briefly stop time and phase between different points in time. He also rocks a badass pair of goggles. Heinrad (sometimes known as Heinlad, likely due to translation issues) transforms into a Tanuki, a Japanese Raccoon Dog. It is a real animal but is also a prominent trickster character in Japanese folklore. Like the Tanuki of folklore, Heinrad carries a purse full of notes payable and a jar of saki, from which he liberally swigs. Unlike the folklore, Heinrad can combine the purse and saki into a missile-firing blaster. The actual Tanuki is known for its comically large testicles, and the Japanese of yore blessed the fictional Tanuki with even larger balls, which it would sling over its shoulders like an *ahem* sack and beat madly like they were drums. And, yes, Heinrad is anatomically accurate. He's got a nice pair of robo-balls positioned beneath his alarm clock tummy. See, Devastator in Transformers 2 wasn't the first Transformer to have a scrotum!"